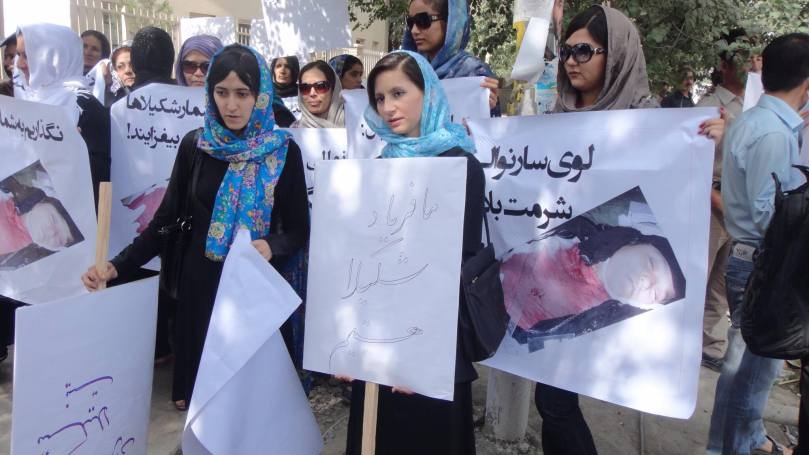 Free Women Writers is a non-profit, non-partisan, and all-volunteer collective of writers, students, and activists based in Afghanistan and the diaspora, all working for a more equal and just Afghanistan. Their mission is to improve the lives of Afghan women through advocacy, storytelling, and education. TRUE editor Tovah Burstein connected with Noojahan Akbar, one of the groups founders to learn more about their work.

Tovah Burstein: Tell me about yourself and about the Free Women Writers project.
Noorjahan Akbar:

I was born in Afghanistan and grew up in Afghanistan and Pakistan. My family lived as refugees in Pakistan for six years when the Taliban were ruling Afghanistan. I’ve been working in the human rights field since I was 13. I founded Free Women Writers in 2013 as a platform for Afghan women to connect with each other and tell their stories. It started with a book called Daughters of Rabia and has turned into an online platform with more than 135 contributors and twelve volunteer collective members.

We also sponsor a scholarship for Afghan women. The recipients choose their own area of study. Our three current recipients are studying law, midwifery, and medical studies, respectively. Our scholarship is a really small way for us to give back to our community. I hope that one day we can sponsor hundreds of women, but so far most of our work has been funded by myself and other members so we haven’t been able to reach more women.

Both your books, Daughters of Rabia and You Are Not Alone, are available for free in Persian. Can you give us a sense of some of the stories and advice that these books offer?

Daughters of Rabia is an anthology of about 50 articles, poems and narratives written by 34 Afghan women. It discussed a range of issues from street harassment to forced marriage to lack of access to education to women’s ownership over their own bodies.

You Are Not Alone is a short guide to help women facing abuse and violence in Afghanistan through providing practical tips for seeking legal aid, forming networks of support, and protecting their mental health. The guide is unprecedented for the country. It includes discussions culturally-taboo issues such as marital rape and extra marital relationships and separates myths about the drivers of violence from the reality. More importantly, it tells women survivors of violence that they are not alone and it is not their fault.

Unlike Daughters of Rabia, You are Not Alone only has two authors, how was this collaboration different?

The guide has been written by myself and Maryam Laly, a member of FWW, after four years of research, conversations with survivors of violence, and a study of the country’s civil laws and the Elimination of Violence against Women Act of 2009. Although it has been made available online for free, due to unequal access to internet services in Afghanistan, we are concerned that the book will not reach those who need it most urgently.

What sustains violence in Afghanistan is the systematic isolation of women and the continued perpetuation of this myth that only a certain kind of woman, a ‘bad woman’, faces violence. This is untrue. Every Afghan woman I know has faced some kind of violence at home, at work, or on the streets. We hope our books will help women realize that they are not responsible for the actions of their abusers and they are not alone. We also want them to be a big virtual hug to every woman who reads it.

You mention that your books have been distributed in 6 provinces of Afghanistan. Do you have a sense of many readers you’ve reached?

We’re not sure. We distributed more than 1,500 copies. Some of them were given to libraries so they’ve probably been read by more than one woman. In addition, other women’s rights organizations have republished the books, with our permission, to use in their programming. The online link to the first book has been clicked on more than a thousand times.

In the US, political discourse has become very divided. It can be difficult for people who disagree to hear each other at all or have any empathy with the opposing side. This makes me wonder how your work is being received in Afghanistan. Are you writing for men and women? For liberal audiences and more conservative audiences alike?

Our primary audience is women- both progressive and conservative- because we know that in order for equality to become a reality, first of all women must have places where they can come together and connect with each other and also the opportunity to raise their own consciousness. A recent survey of the Afghan people showed that more than 70% of women believe that if a woman leaves her house without permission her husband has the right to hit her. We cannot fight against sexism by men if we don’t acknowledge, correct, and change our own behaviors and if we, as women, don’t believe that we are worthy of respect and rights. In addition, we at Free Women Writers strongly believe that it is not our job, as feminists, to create space for men. It is the responsibility of good men- they exist- to create spaces for us in their male-dominated circles, which is the majority of online and offline spheres.

What effect do you think this project has on the discourse surrounding gender equality in Afghanistan?

I think we’ve been able to push the pen on the discourse around women’s rights in Afghanistan. We were the first outlet to publicly write against virginity tests by government and debunk the perception that a hymen represents morality or the worth of a woman in local languages. We are now through our new book, the first group to acknowledge marital rape as rape. There are many taboo issues that we haven’t been afraid to tackle and we can see the change now. Because of our work more people are talking about these issues- not just on our platforms- but in the real world as well.

Do you see a difference between feminism and Afghan feminism? If so, what?

Not really. Feminism is the pursuit of equal rights and opportunities for all, regardless of their gender.

Our struggles and problems are different in different parts of the world, but our main problem, patriarchy, is the same. Patriarchy is maintained through different systems, traditions, and structures in different contexts, but no matter where in the world you go, patriarchy prevents women from reaching their full potential and enforces restrictive and oppressive gender roles on all of us.

A Special Call for Micro-Essays: Akbar and the Free Women Writers hope to change the minds of men and women alike by sharing true stories of Afghan women. TRUE is hosting a special call for micro-essays focused on changing hearts and minds in a political moment that can feel irreparably divided. TRUE seeks to explore the dialogue that attempts to build bridges across our separate world views. We’re looking for you to tell of a time when you opened conversation with someone with whom you disagreed or whose values and beliefs you did not understand. Send us your micro-essay to contribute to a larger collaborative essay. This call is open to broad interpretation, 150 words or fewer. Please email your submissions to tovah@proximitymagazine.org with a brief author bio (subject line: BRIDGES — your name). 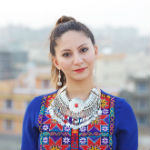 An outspoken human rights advocate, Kabul native Noorjahan Akbar is the founder of Free Women Writers, a collective of Afghan women writers and students working for gender equality in Afghanistan. Noorjahan has advocated for women’s rights in Afghanistan since she was a teenager. She has organized protests and worked with local and global organizations focusing on women’s social and economic empowerment. She has written for and appeared on Al Jazeera, the New York Times, and Foreign Policy among other outlets.

Free Women Writers is a registered non-profit, non-partisan, and all-volunteer 501(c)(3) collective of writers, students, and activists based in Afghanistan and the diaspora and working for a more equal and just Afghanistan. Our mission is to improve the lives of Afghan women through advocacy, storytelling, and education. To learn more visit our website: www.freewomenwriters.org