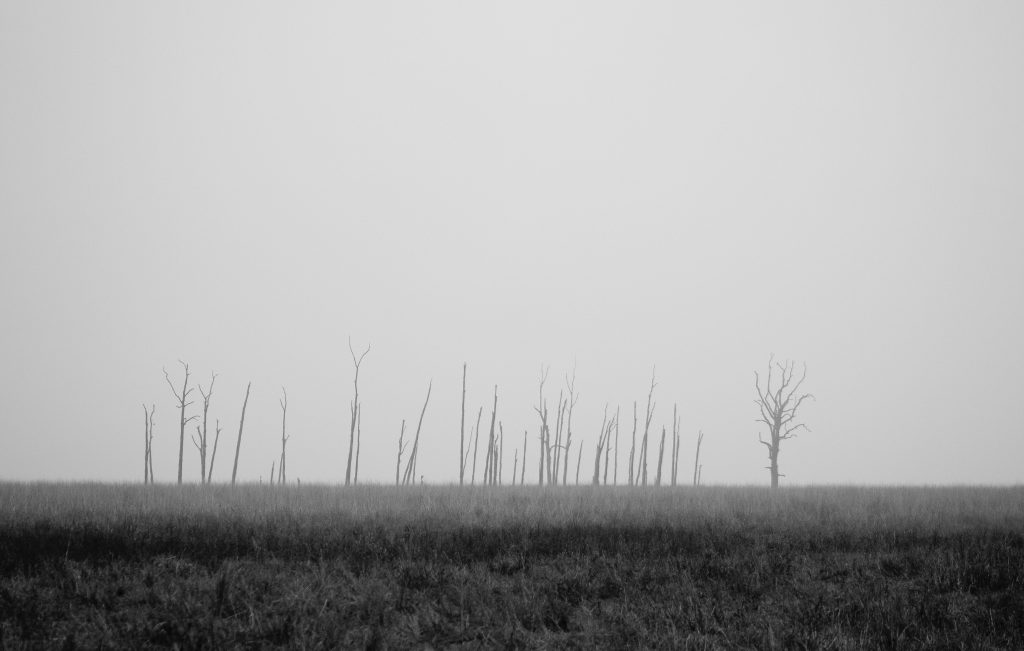 In a recent blog post for Ploughshares, Emilia Phillips described how the news had begun its tangle through her subconscious like kudzu, but she felt wary to “over-reach, to take through [her] empathy the experiences of the victims and communities directly affected by violent action that [she] only read about.” Phillips’ caution about representation is urgent in a world rife with differential harm. Empathy risks theft. In a conversation at Sublevel Magazine, poets Solmaz Sharif and Rickey Laurentiis contrasted pity with empathy. Sharif offered: “Once you pity, you do something with it. Empathy, on the other hand, feels like an end point. Being rather than doing.” This kind of being, without bodily and psychic risk, is little more than emotional tourism.

In my own work as an anthropologist, I encountered a yet more malevolent form of “empathy”— one that opened new questions for me about writing the other.

Since 2011, I have been researching the US military’s mock Middle Eastern villages around America, sites constructed to train soldiers how to engage with others in wartime. Amidst fake markets and mosques, the soldiers rehearse “connection” with Middle Eastern role-players in order to obtain wartime information. I observed soldiers practicing postures and facial expressions of attunement and concern for role-players, as military psychologists helped manage and re-posture the trainees’ bodies and voices to elicit desired responses from the role-players. In this context, “empathy” is less about being than about doing: an affective lasso with operational effects, and a form of violence mobilized via artifice.

Amidst this weaponized empathy, I felt uneasy parallels with anthropology’s colonial origins and thought constantly about my own position in relation to my interlocutors. Indeed, I am an outsider, an anthropologist writing about others. Yet meanwhile, these individuals—soldiers, role-players—are conscripted into a much larger Other. American military personnel called Middle Eastern role-players, “The Apparatus.” It’s this Other (which functions through managing and otherizing those with much less power) that I wish to face in Kill Class.

The Apparatus was directed to move within prescribed parameters within the training exercises, what they called “Right and Left limits.” It felt like these individuals were substitutable moving parts for the military, maneuvered between archetypes: the Mayor or the Weeping Mother or the Insurgent. In one poem, I refer to a role-player as Character X, Game Y, echoing the almost parodic constrictions of military naming. Elsewhere in the manuscript, I quote swathes of language from a company that sells “Wound Kits” to the military: “Stick-on Wounds, Eyeball, Eviscerated intestines, Large laceration 5 cm.”

As I wrote Kill Class, I kept asking myself what tools of craft might be available to critique military discourses without falling into complicity with them. In a poem early in Kill Class, called “War Game, America,” I wrote:

“The war scenario has: [vegetable stalls], [roaming animals],
and [people] in it.”

I placed each moveable part, the vegetable stalls, the animals, and the people, on that stage set within brackets. That diagram of the military exercise is also a diagram of the despair of commensuration, of making human beings substitutable. Moreover, in the military rubric, every human being was a “good guy” or a “bad guy.” Each person was useful as a source of intelligence or useless:

out which
are which.”

With each “which,” a human being is evicted out of the space of the human—this is the excruciating disappearing-work of Empire.

In the poem that Proximity published this summer, I remixed language from actual military character sketches into the poem to try to create a haunted hybrid between military imagination and the sensory and actual—the conversations I had with these individuals about their lives. These poems, which try to make bare the apparatus, exist in tension with a series called “Driving Out of the Woods to the Motel”: poems about what happened upon exiting the military gates, for the role-players, and in some instances between the role-players and me. Some worked in chicken factories or at Walmart on the side. There was ongoing memorization for the US Citizenship Exam. Sometimes I would quiz them. We would cook, hang out, talk about the Middle East, talk about America.

But one never quite leaves the woods in Kill Class: the book is divided into sections, sections that refuse our ultimate exit. In each section is a poem that drives us out of the woods to the motel, before we circle back in. The training environment was a strange asphyxiation, where human beings are turned into useful war repositories—asked to help soldiers compute the answer. The machine is the Other; each glimpse of the human face, rising out of it, is the counter.

NOMI STONE’s second collection of poems, Kill Class, is forthcoming from Tupelo Press in 2019. She is also the author of the poetry collection Stranger’s Notebook (TriQuarterly, 2008), a Postdoctoral Research Fellow in Anthropology at Princeton University, and an MFA Candidate in Poetry at Warren Wilson College. Poems appear recently in The New Republic, Bettering American Poetry 2017, The Best American Poetry 2016, Poetry Northwest, Sixth Finch, diode, and elsewhere. An article on her anthropological research on the war camps appears in the February 2017 issue of Cultural Anthropology, and she is currently working on an ethnography about these micro-sites of Empire called “Human Technology and The Making of American War.” (@nomistonestone)

2
Blog Headline: On Writing the Other Blog Description: "The machine is the Other; each glimpse of the human face, rising out of it, is the counter." Published Date: October 12, 2017 Author Name: Nomi Stone Image URL: http://true.proximitymagazine.org/wp-content/uploads/2017/10/abhay-vyas-4071-1-e1507687106396.jpg
Previous Post: « the weapons in our lives
Next Post: Yes All Afghan Women »