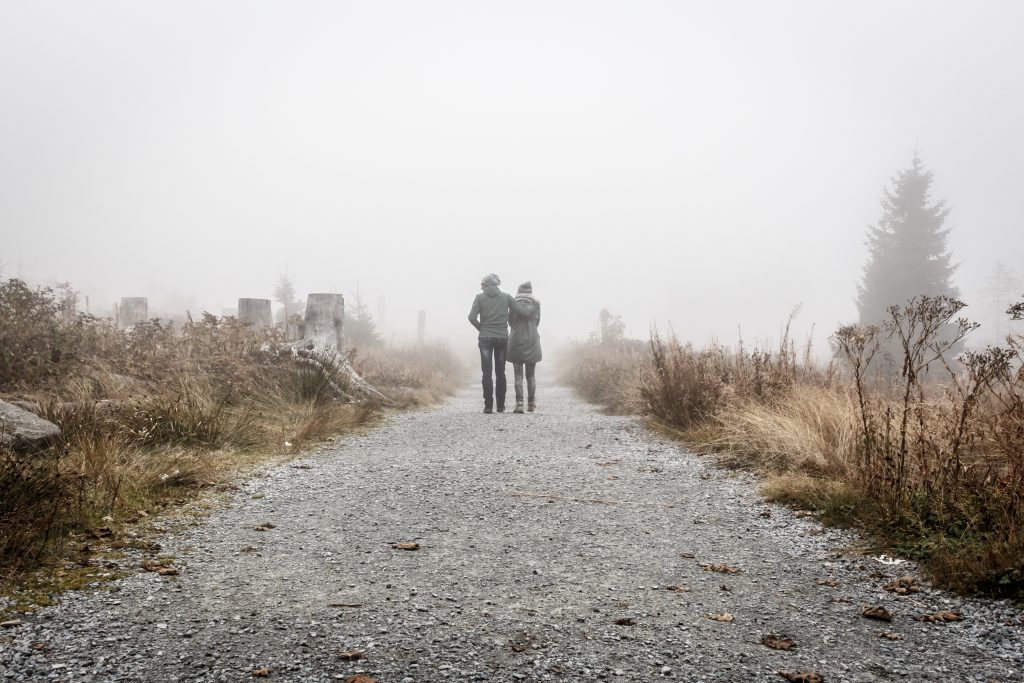 Sarah Einstein—author of Mot: A Memoir, winner of the 2014 AWP Prize in Creative Nonfiction—is working on her second book, a research-heavy memoir that defies easy classification. Einstein uses her relationship with her husband’s family, and her role as their Jewish daughter-in-law, to explore the legacy of Naziism on Austria and beyond.

Proximity’s blog editor, Dina Relles, spoke with Sarah via email about the impetus for this book, research and writing process, and progress made on In Austria After the War (working title).

What triggered your pursuit of this project?

SE: Almost exactly three years ago, we had dinner with my husband’s Aunt Friedl at her home in Salzburg. As the meal came to a close, she brought out a photo album with pictures of her father and mother. In the photos she showed us, her father was in his uniform and her mother wore a brooch with a swastika on it. I’ll admit, I was initially very uncomfortable. This photo seemed to me like something that should be hidden, not in the pages of a family album.

Friedl told us the story of an orange her father had given her when he’d returned from a POW camp after the war. It’s too long to tell here, but it’s heartbreaking. Boiled down to its essence, the story is just this: the orange had been given to her father by one of the occupying soldiers just before he saw Friedl because, this soldier said, a man returning home had to have a gift for his daughter. It was years before Friedl learned the truth, and the poignancy of the story made me stop and think about the difficult problem left to her generation: what does it mean to love someone who participated in the commitment of atrocities? What does it mean, particularly, to love them because they are your parents and that kind of love comes before choice or understanding? I suppose I’d wondered about this, on an intellectual level, since Dominik told me (on one of our first dates, because obviously it could have been a deal-breaker for me) that both of his grandfathers had fought on the side of Germany, and one of them had indeed been a Nazi. But somehow the question had never connected for me on an emotional level until I was sitting across from this smart, kind, accomplished woman in her eighties listening to her talk about what it was like when her father returned from the war.

It’s also true that one of the things I love about Austria—and particularly Salzburg—is that it is a place where history is written visibly on the landscape. There are memorials—large and small—all over the city acknowledging the horrors of not just WWII but also of the Napoleonic war. (The first World War is written in absence–in the contraction of the Empire to a small country.) This serves as a kind of collective memory. It strikes me that, as Americans, we tend to “move past” things by forgetting about them. Austria has had to move past its role in the Nazi regime without forgetting. I think coming to understand how a people can do that, how they can move on as a people in the wake of such horror, is important. That it can teach us something about what it is to be human.

How did you develop a research plan for this book—when and where to travel, what to read, who to speak to, how to document and organize what you find?

SE: I’m a terribly self-indulgent researcher. I started reading in the places I knew to look—the letters between Hannah Arendt and Martin Heidegger and Arendt’s Eichmann in Jerusalem, the testimony of Rudolf Hess (whose family makes a surprise appearance in the home movies of my husband’s childhood), general histories of Austria from that time. It becomes a branching process—each book leads to other books, and I follow any line of inquiry that catches my interest as far as I can, whether or not I know how it will fit into the final book.

As for travel, I knew I needed to return to Austria at least once (I’m now thinking it will be twice) to gather the family stories and search the archives for primary research leads. Even people who were small children during the war are very old now, and these stories won’t be available to us for much longer. I’m just back—in fact, I’m writing this on the plane—from that first trip. My in-laws have all been very generous, and it seems part of the work of becoming a family for us is to have these stories told.

I want to say here that all of this is only possible because of the remarkable support I’ve received from both the English Department and the College of Arts and Sciences at the University of Tennessee at Chattanooga, where I’m an Assistant Professor.

SE: I love my husband’s family, and think of them as “our family.” (As he does with mine.) There are no more generous people in the world. If the work has changed our relationship, and I’m not completely convinced that it has, it has been only that having a shared task—this telling and preserving of family stories—has brought us closer together. In fact, I think this project—which, in the end, seems to want to be about love as much as anything—is only possible because I genuinely love my Austrian family, and believe that they genuinely love me.

What is one surprising discovery in your research and travels so far? Has anything you’ve found undercut a deeply-held assumption or understanding?

SE: There have been two. One is that my husband is not related to Gotthard “The Poison Dwarf” Heinrici, although his father had always referred to him as a grand cousin. Much of the book was originally envisioned to be about how the family understood their relationship to the man who lead the brutal war on the Eastern Front and later, briefly, was the Supreme Commander of the Wehrmacht during the fall of Berlin. It turns out that Dominik’s father—who, everyone acknowledges, was self-aggrandizing and willing to stretch the truth if it made him look good—made up the connection, and that they are from unrelated Heinrici families. We’ve only just found this out, and I’m not sure exactly what I’m going to do with it—but it’s very surprising to me that my father-in-law would try to exaggerate, rather than downplay, the family’s role in the war.

The other thing that really shocked me is that it genuinely seems many people—even in the NSDAP (commonly known as the Nazi Party in the U.S.)—did not know about the atrocities. They did, of course, know that Jewish people were being deported, but they believed that they were being moved to places that needed additional labor in the same way that the pressed workers from Russia were. That is, of course, still a terrible thing, but it’s not the same. I’d grown up with the idea that the German people had all known about, and that very few had resisted, the worst of what was happening. I certainly believed every member of the NSDAP knew and supported the genocide. That they didn’t makes understanding their culpability even more complex, because they are certainly still culpable.

I was intrigued by one of your Facebook posts back in the Spring in which you described wartime love letters you’d come upon between German men and Jewish women. In your words: “And it’s strange to read love letters written to Jewish women by men responsible (in one way or another) for the atrocities committed against them, but there is something there that matters, I think, if I can only get to it. Still, at the moment, it’s making me a little bitter, a little tired. What is love if it can exist so easily alongside this vast hatred?” Can you speak to that a little more? Have you continued to chip away at this perplexing coexistence of romantic, individualized love amid systemic ethnic hatred?

SE: This is the reason I need to go back one more time; I still don’t have the sense of this that I am looking for. Even though we’ve discovered that Gotthard Heinrici isn’t family, I’m still fascinated by the letters he sent to his wife, who was herself half Jewish. (Hitler himself delivered the “letters of German birth” to Heinrici’s wife and children.) His letters from the front have been collected and translated, and they are full of horrible, anti-Semitic diatribes. I’m hoping that we can, somehow, track down a few of her letters back to him, or find someone who will talk to us about how she understood her own Jewishness in this context, but so far I haven’t had any luck.

The letters between Arendt and Heidegger, though, are fascinating. Or, Arendt’s letters to Heidegger after the war are fascinating. His letters to her are a very pedestrian kind of awful—in them he lies, and he begs, because he thinks she is the one person who can restore his reputation. But her letters are a fascinating study in what it means to love someone whom you know to be reprehensible. You can see the battle she wages with herself, sometimes coming down on the side of having nothing to do with him, sometimes wanting to comfort him.

These questions about love—romantic, familial, and of one’s countrymen—when there is no doubt about the moral failure of the beloved—feel to me like the questions that can lead us to a deeper understanding of how to overcome injustice. But right now, I’m only at the part of the process that allows me to refine the questions. I don’t have any—and may never have any—answers. Asking them, though, still feels meaningful.

How, if at all, has your research influenced your perception of the relationship between truth and faith? What about truth and love (or hate)?

SE: I’m not a person of faith, although occasionally I have tried to be and failed. But I am a person who values the truth—as best we are able to tell it—very highly. And this book is going to challenge me a little bit, because I’m telling family stories, which are often about shaping the truth in such a way that the family can survive it. And I’m now a member of that family, and my presence requires the telling to shift a little bit, to account for me. It’s the truth of that—not the truth of what any one person did during the war, which for the most part is now unknowable—that I’m trying to get at. This book isn’t about Nazis and why they did what they did; it’s about how their children, grandchildren, and countrymen move forward in spite of it. 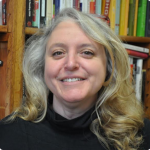 SARAH EINSTEIN is the author of Mot: A Memoir (University of Georgia Press 2015), Remnants of Passion (Shebooks 2014), and numerous essays and short stories. She is an Asst. Professor of Creative Writing at the University of Tennessee at Chattanooga. (@SarahEMC2)

DINA L. RELLES is a lawyer, writer, and editor whose words have appeared in The Atlantic, Atticus Review, Brevity’s Nonfiction Blog, River Teeth, STIR Journal, Full Grown People, and elsewhere. She is (slowly) at work on her first book of nonfiction. Dina lives in rural Pennsylvania with her husband and four children, where she loves to photograph farmland. (@DinaLRelles)

3
Previous Post: « Harold and the Purple Prompt
Next Post: Sushi and Bark Canoes: An Artist’s Guide to Sustained Inspiration »