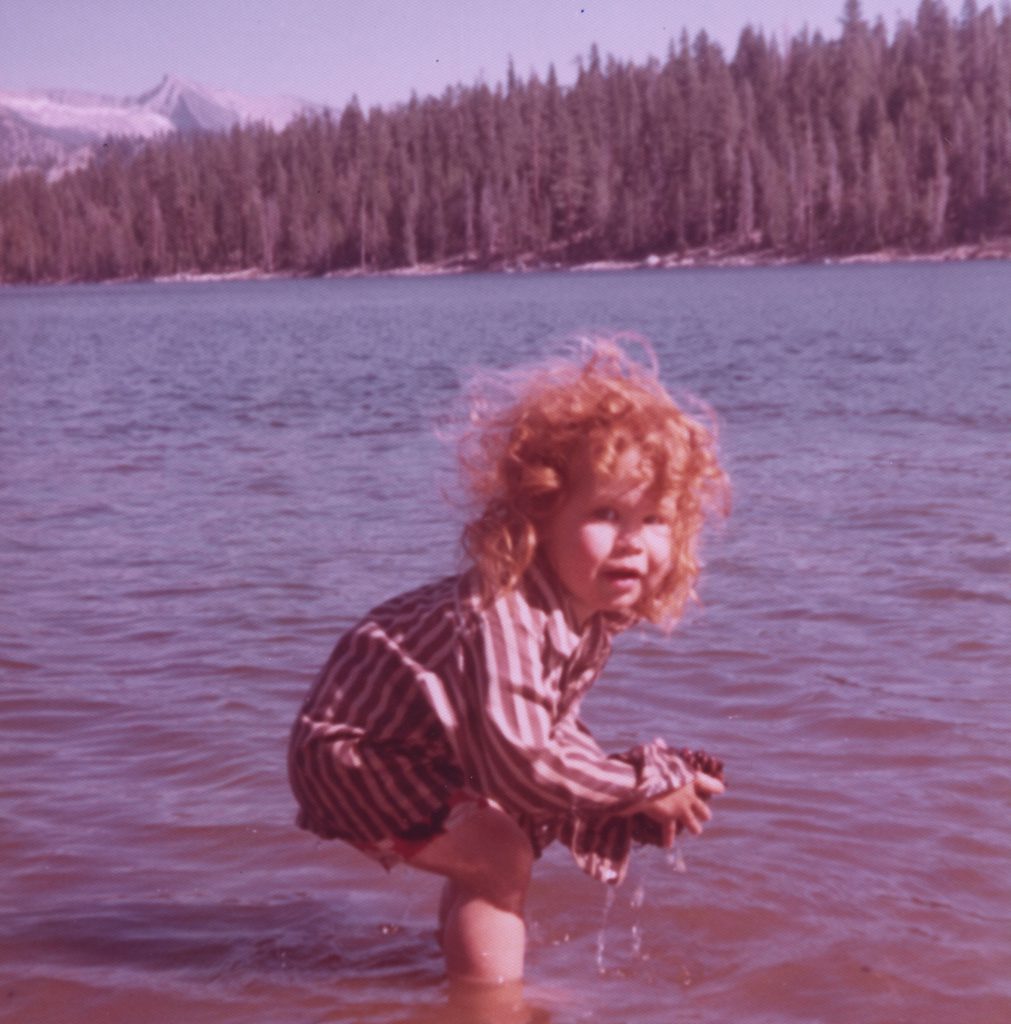 What responsibility do writers have when they write about the environment? Environmental writer and memoirist Carole Firstman shared an example and her thoughts:“When we write about a particular place, the outer landscape becomes a metaphor for inner transformations. While describing a “setting” is somewhat superficial and reliant on sensory detail, writing about “nature” requires us to consider an integrated world in which all life is interdependent. The landscape is an extension of ourselves, and visa versa.”

As we fly eastbound across California’s Sierra Nevada mountain range, I press my forehead against the window and count the lakes, each a jagged reflector amid tree-covered peaks. From this height, the forest is a plush, dark green rug, a wall-to-wall carpet that unites isolated lakes like a family separated by distance and elevation.

I recall a certain photo from my childhood, taken in 1973 at Lake Thomas Edison near the Pacific Crest Trail, somewhere beneath my plane. In the photo my two-year-old brother squats barefoot at the lake’s edge, shallow water lapping at his shins as he reaches for a small rock. His cloth diaper balloons under his shorts and an oversized button up shirt that flaps in the wind, and he laughs into the camera with coils of long, fire-red hair streaming across his cheeks. The lake stretches before him, a mirror amid slopes that rise from a winding shore. In the distance, variations of green and brown rise by gradations, from low shrubs of the shore to the highest pine trees. I don’t remember the specific events of that day, but my father was probably nearby, perhaps just beyond the photo’s edge. I imagine him with his jeans rolled up mid-calf, his flaming red hair, long and curly, blown upward like a burning bush. He probably called out in the silly voice reserved for us, I’m a monkey-baby, the first line of silly tongue twister that always made my brother laugh long enough for my mother to snap a photo.

From my window I search for that lake now. Not that I’d recognize it by shape or location. I’m not even sure it’s within my view; perhaps it’s farther to the north or south. But I study the landscape anyway, hoping for clues. What strikes me at this moment is not a particular lake, but the forest between lakes. Giant swaths of brown dot the usually green forest. The trees are dying.

I wonder how many pines have died at the edge of Lake Thomas Edison. I imagine the best scenario—trees that have stretched and expanded outward, their trunks thickened above decomposed pinecones and newly-rooted seedlings. But based on the landscape below my plane, I assume a different reality—patches of tree-height kindling that tip toward a dehydrated earth, a giant burning bush in waiting.

I’ve been back to the Edison shore a few times since my baby brother squatted at the water’s edge, but not with my family of origin. Like the sister lakes of the high country, we are also separated by distance, yet connected by a tenuous subterranean circuit. My father’s wild red hair has dimmed to a faint hue. He is no longer a burning bush, but an ember still glowing orange. Since her stroke, my mother tips far to the right, barley able to stand. My brother’s daughters will soon go to college; his saplings have taken root.

From my window I notice a secluded lake, a random mirror shining up from the landscape. It is the earth’s eye; looking into it allows me to take measure of my own nature. The trees lining the shore are the lake’s eyelashes, beautiful, protective and fragile at once. 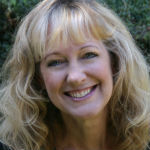 Carole Firstman is the author of Origins of the Universe and What It All Means: A Memoir. She won the 2015 Dzanc Nonfiction Book Prize and her essays have been noted in several Best American Essays and the Pushcart. https://carole-firstman.com