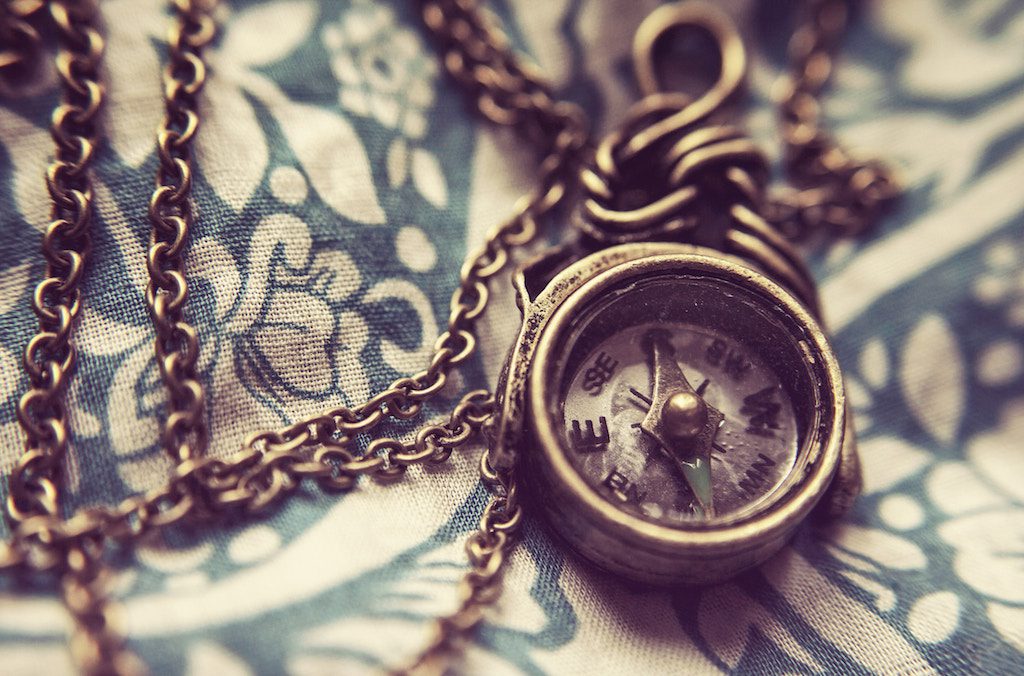 The rainforest floor felt cool and damp against my cheek. I’d been stumbling for some time—sometimes catching myself, sometimes not. I tried to step over a protruding tree root but my feet hadn’t cleared the obstacle. In fact, my feet weren’t cooperative with the rest of my body at all, and here I was again: facedown, instead of upright. My arms and legs were scratched and bleeding.

It’d been eleven hours since I lost the red dashes spray-painted on the trees, marking the narrow, nearly indecipherable trail through Cát Tiên National Park in southern Vietnam. Since then, I’d picked up on both green and yellow dashes, only to find that those paths dissipated and left me trudging through the bush. The lush undergrowth was so dense that I couldn’t predict what lay even three or four feet ahead.

My water was running out. The only food I’d packed was a sleeve of chocolate cookies. And all that time, because everything looked the same—thick vines, broad leaves, gnarled tree trunks—I had no idea if I was headed towards the gravel road that led back to camp, or if I was taking myself deeper into the nearly 200,000 acres of rainforest.

This incident occurred in 2010. I was 23 years. I’d been sipping tea in a rundown hostel in Saigon the morning before, but felt the need to get away from the city’s motorbike traffic and noisy bar scene. The expansive tropical forest was less than a hundred miles from the city, and I convinced one of my three traveling companions to go with me for a two-night stay in one of the park’s lodges. But, while waiting in line to buy bus tickets, she balked at the idea of a full day of difficult travel. I decided to continue on my own.

At the time, I was halfway through a three-month backpacking trip around Asia. I’d just finished a year-long ESL teaching stint in South Korea and had saved up enough money to travel across the continent. But there was another reason I was avoiding a return to the U.S.: I had no idea what I was doing with my life.

I wasn’t without passion—ever since I was a young child, I deeply loved writing. I wrote essays and poems and devoured books with a fervor that should have made my career choice easy. Yet, I had no idea how to create a literary life, or what that life would even look like.

Growing up in Iowa, my options felt finite. I came from a family comprised mostly of farmers and educators, but as I witnessed my parents struggle with their difficult public school positions and my relatives lose autonomy over their own acres, I wasn’t interested in either pursuit. My family vigorously encouraged their youngest generation to attend college, but I suspected it was the degree that mattered most—not the career that followed. From what I witnessed, women ultimately settled down, had babies, cleaned house, made dinner, and then served that dinner (and coffee afterwards) to men.

With little direction or expectations to do anything bigger, the only life plan I could conjure was this: flee.

So flee I did. Although I enrolled at the University of Iowa, I packed up all my naiveté and ignorance and studied abroad, volunteered, and backpacked in Europe and South America. Despite my wanderlust, I still graduated a semester early into the economic crisis of 2008 with a degree in Political Science. I’d chosen to study politics because somewhere along the way I’d convinced myself that I wanted to be a lawyer—law school would put me on a path towards being something, even if that “thing” wasn’t a writer. But after months of putting all of my efforts into this one uninformed goal, I panicked. Nobody else understood or supported my decision to go to law school. In fact, nobody else seemed to have any thoughts on what I should do at all. So, I threw away my LSAT scores and applications, and booked a ticket to Seoul.

Prior to getting lost in the rainforest in Vietnam, I was starting to think that maybe I could build a makeshift life for myself working abroad. Like most wanderers, I’d already experienced the intense desire to leave a place where I’d felt stuck. There were virtually no jobs back home, I didn’t have any writing contacts or role models, and exploring gave me a high—I felt like a feminist Robinson Crusoe, or the person Jo March from Little Women could have become without the social confines of gender.

Yet, I’d developed a dangerous misunderstanding about the relationship between wandering and personal growth. I was expanding my knowledge of the world and my place in it, but I didn’t understand that, at some point, you have to take all that experience and apply it. In order to create anything meaningful, I’d eventually have to sit still long enough to do the work. Even while I was traipsing along that foot trail through a wild boar, snake, and possibly tiger-infested jungle by myself, I felt invigorated by all that freedom. I didn’t feel like I was lost; I just felt like I’d found a solution to the overwhelming and isolating pressure to become the person I wanted to become without any guide or map.

My denial was comfortable until I started walking through Cát Tiên National Park and, only an hour into my hike, was spooked by a loud, rumbling growl.

The rainforest had been bursting with the calls of birds and monkeys. But, the growl made it eerily quiet, minus the sound of slow-moving water and my heartbeat pounding in my ears. No big cat leapt out at me, and there wasn’t a second growl. Thus, while standing, frozen, on a boulder in the middle of a tributary of the Dong Nai River, I told myself I had five seconds to collect my senses. On the internal count of “five,” I calmly turned around, crossed back, and faced an almost impenetrable wall of jungle. From underneath the fog of fear, I could not relocate my path.

After spending nearly twelve hours in the extreme humidity, the correct path would emerge.

Despite the fainting and falling, the deafening stampedes of wild boars that had me scrambling up trees, and the setting sun, I walked my way out of a rainforest. No one knew what trail I’d taken or would think to look for me for days—I wrote in a travel journal daily, but somehow hadn’t thought to write a note before walking two miles out of the park’s camp to go hiking that morning. The reality of the situation I’d created kept me from panicking. It also had me on my shaking knees when I reached the gravel road at sunset.

The next night, after my bus returned to Saigon, I relayed the story to my friends as if the situation was funny, instead of admitting to the risks I’d faced, or the sense that some internal part of me had shifted. Still, the change was almost immediate: Going forth, I was no longer willing to be aimless. I returned to the U.S., took a low-paying temp government job in Colorado, waited tables in the evenings, and got to work on my applications for MFA programs in Creative Nonfiction. My transition to a more stable life wasn’t without incident. I often doubted that I could be anything better. I drank too much, smoked too much weed, and actively fought back my instinct to move, to wander, to avoid an increasing fear of failure.

Even after I was accepted to and attended a writers’ workshop, there was, of course, no clear path towards success and validation. This is true for the majority of writers. But I often felt alone, like I was forging ahead in the wrong direction, or just being left behind. Still, I trudged along. Always short on money, I worked as an adjunct professor, an assistant at a publishing house, a copywriter, a writing consultant, an ESL tutor, a staff writer for a magazine, an editor, and a freelancer. My family was supportive but confused. Was this what I’d given up any semblance of security for?

Yet, whatever detour I took, the important thing was this: I wrote. And wrote, and wrote, and wrote. Thus, even now, whenever I reach a breaking point and feel like all is lost, I remember staring at that wall of rainforest. I won’t ever finish my book, my mind whispers. No one will ever open its cover, turn its pages, and read my essays. But I found my way out of the trees once and thus I know, somehow, that I’ll persevere and do it again. 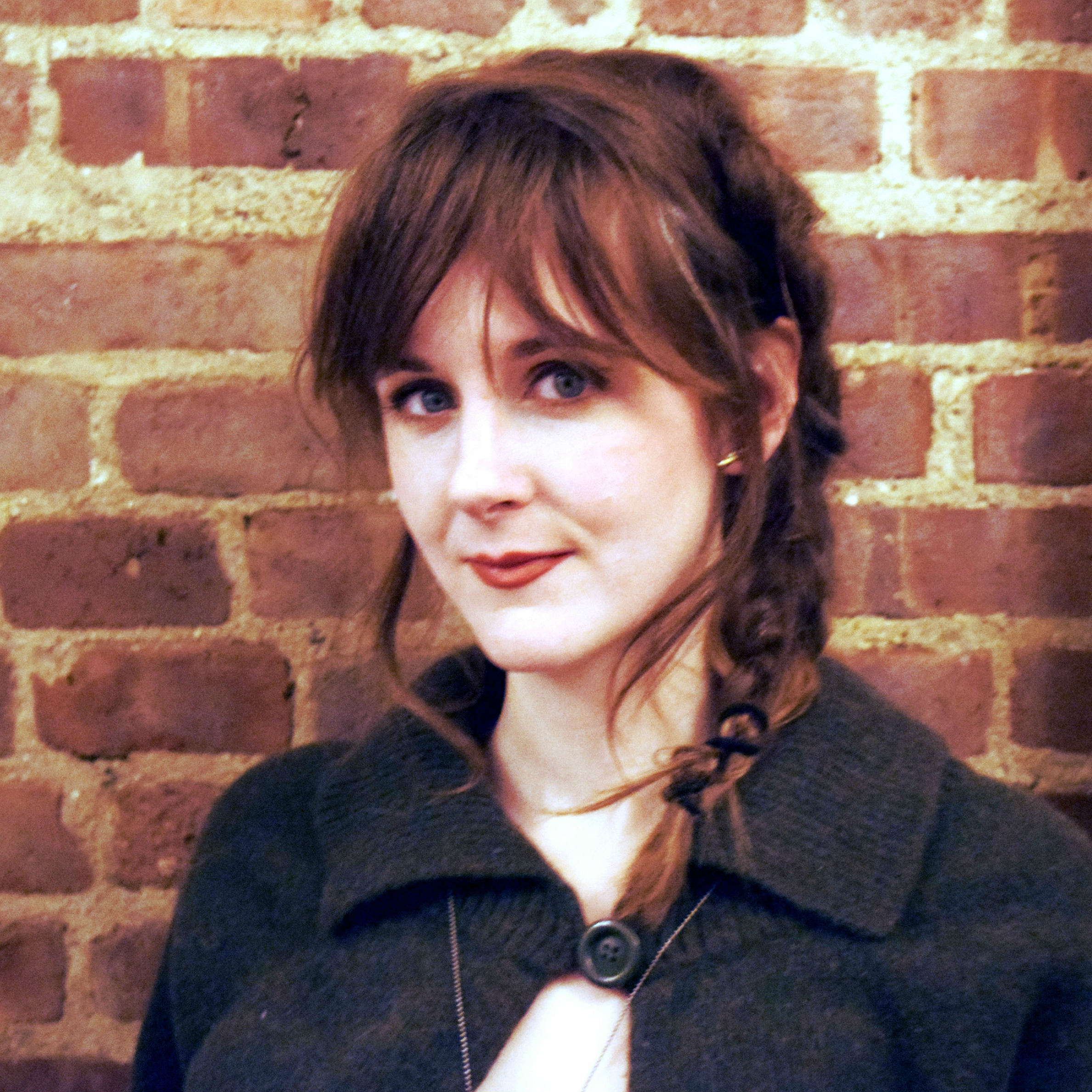 PAIGE TOWERS is a new Senior Editor of TRUE. She’s a creative and freelance writer who earned her BA from the University of Iowa and her MFA in Creative Nonfiction from Emerson College. She currently lives in the diverse Riverwest neighborhood of Milwaukee and is at work on a book of essays about sound. Her writing has appeared in The Harvard Review, The Baltimore Review, McSweeney’s, Midwestern Gothic, Prime Number, So to Speak, and many other publications.