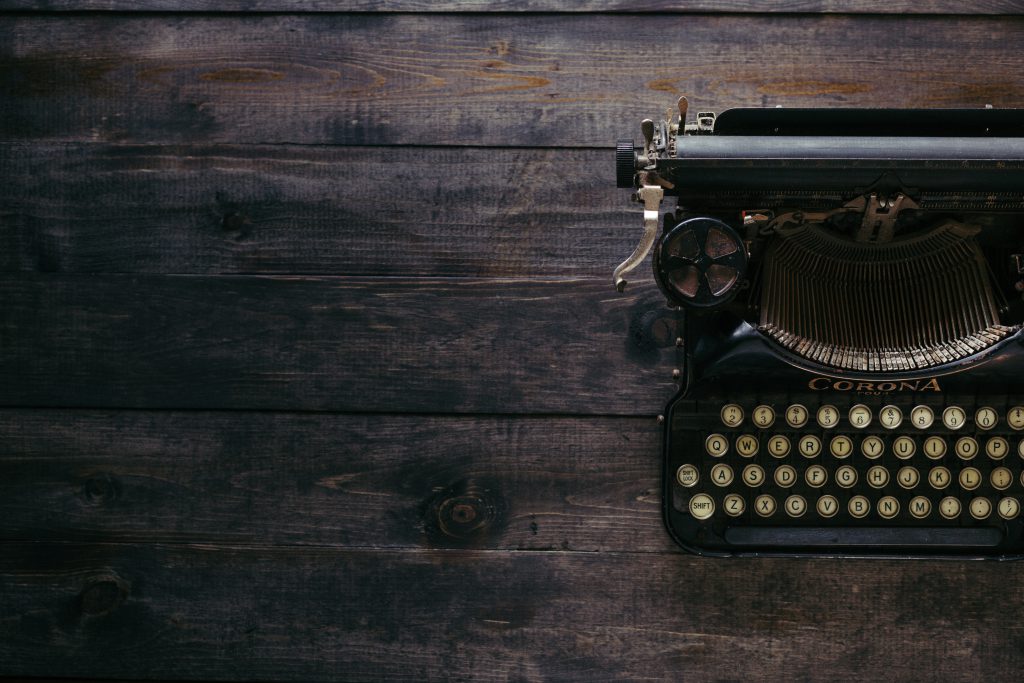 Last season, TRUE editor, Dina Relles, asked several nonfiction writers about their working and writing lives and the post was so well-received, we decided to solicit reader responses and run a follow-up. Below, another series of glimpses into writers at work.

I’m not good at writing consistently, or with discipline. For years, when people asked, I would say I wrote 2,000 words every day, at the same hour, drinking the same tea. It was a lie—a lie to hide the shame. I write in the dark, at odd hours, with a too-bright screen. I avoiding writing, because writing is both a joy and a job and I’m afraid—the same way I’m afraid of a rollercoaster. And the same thrill fills my bones when I’m finally engaged in the act, when words emerge with each stroke of a finger. Writing is a lover I cannot look in the face until we’re in the throes of passion. Writing comes together, or it doesn’t, a sculpture I pick at, until I swear it looks human. Writing is getting to mix all my metaphors and then using time later to edit and smooth and polish. Writing is rough. My desk reflects these small battles and remind me of the power of raw affect: Figurines from pop culture, dog treats to bribe creatures into loving me on command, empty cans of diet beverages that contain way too much aspartame. I write in my head when I’m not writing, the hamster constantly running. But I write, ultimately, because I do, because that’s what I do, because what else could I do?

It mostly happens at my desk, during my 9-5 job, when I should be editing grant proposals or setting up donor meetings or planning fundraising events. I keep adding and adding to a draft message in my inbox. When I get off the phone. While I’m waiting for lunch to be delivered. In between meetings. Sometimes it takes months of collecting scraps until I’ve got something semi-coherent, and only then do I transfer the mess to a Google Doc and actually start working on it. I know I can do better – like a petulant kid, I pout about writing at night (even though in winter, it seems to be all I have), but I’m trying to let the work lead me instead of having it the other way around. So if the work wants to interrupt my day and follow me around from meeting to meeting, only to disappear completely when I arrive home and turn on all the twinkle lights, then so be it. I will obey.

I have a room of my own that is both sanctuary and workspace. I also frequent cafes quite often. As a freelance writer, I tend to be in my head for most of the day — having a mixture of both environments has been essential to my creativity. At times, writing is a lover waiting with open arms — at others, a latched door hedged in mud. But I must always show up. I must always be willing to do the work and throw myself completely into either. Emotions play a large role in my creative writing, whereas I use a different part of my brain for freelance “work.” Though I am increasingly finding that these aren’t mutually exclusive: you need both aspects to create compelling storytelling. I once asked a Sufi how she kept from becoming dizzy when whirling on the floor. She then placed her hand on her chest and said, “I center on my heart.” This is what the work of writing has meant to me. Finding a way back to myself when the world keeps spinning.

My writing day is divided into two distinct parts: when my kids are at school and when they are home. When they are in school, I use the quiet hours to step into the world of my novel and try to find a path through. When they come home, I am pulled sharply back into the real world. The truth is, I probably could keep writing even after my kids come home—they are old enough now to have their own interests and responsibilities to keep them well occupied. I’m the one who finds it hard to stay focused when they are there, always finding excuses to insert myself into their flow. I like the dual nature of my days: the quiet, dream-like state I enter when I am writing in an empty house and then the welcome return to the real world. 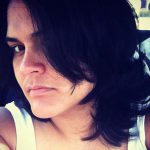 Adriana E. Ramírez is a Mexican-Colombian writer, critic, and performance poet based in Pittsburgh. She won the inaugural PEN/Fusion Emerging Writers Prize in 2015 for her novella-length work of nonfiction,  Dead Boys (Little A, 2016), and in 2016 she was named Critic at Large for the Los Angeles Times Book Section. Her essays and poems have also appeared in the Los Angeles Review of Books, Guernica/PEN America, Literary Hub, Convolution, HEArt, Apogee, and on Nerve.com. Once a nationally ranked slam poet, she cofounded the Pittsburgh Poetry Collective and continues to perform on stages around the country. She and novelist Angie Cruz founded Aster(ix) Journal, a literary journal giving voice to the censored and the marginalized. Her debut full-length work of nonfiction, The Violence, is forthcoming from Scribner. 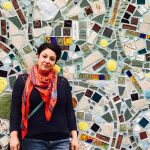 Rae Pagliarulo holds her MFA in Creative Writing from Rosemont College. Her work has been featured in Full Grown People, Ghost Town, bedfellows, New South, Hippocampus, The Manifest-Station, Quail Bell, and Philadelphia Stories, and is anthologized in The Best of Philadelphia Stories: 10th Anniversary Edition. She is the 2014 recipient of the Sandy Crimmins National Poetry Prize and a 2015 Pushcart Prize Nominee. Rae works as the Writing Life column editor for Hippocampus Magazine, and as Development Director for a Philadelphia arts nonprofit. 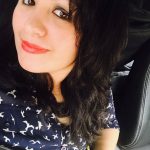 Cindy Lamothe is a Honduran-American writer living in Guatemala. Her writing has appeared in Eastern Iowa Review, Fiction Southeast, Guernica, Hunger Mountain, The Rumpus, Tiferet Journal, among many others. She is a two-time Pushcart nominee, and her poem “Mother Carcass,” is forthcoming in the anthology WAVES: A Confluence of Women’s Voices (A Room of Her Own Foundation). Follow her on Twitter at @CRLamothe or her website.

Daisy Alpert Florin is a recipient of the Kathryn Gurfein Writing Fellowship at Sarah Lawrence College, and her work has been listed in The Best American Essays 2016. Daisy lives and writes in Connecticut and is currently at work on a novel. Read more at daisyflorin.com.