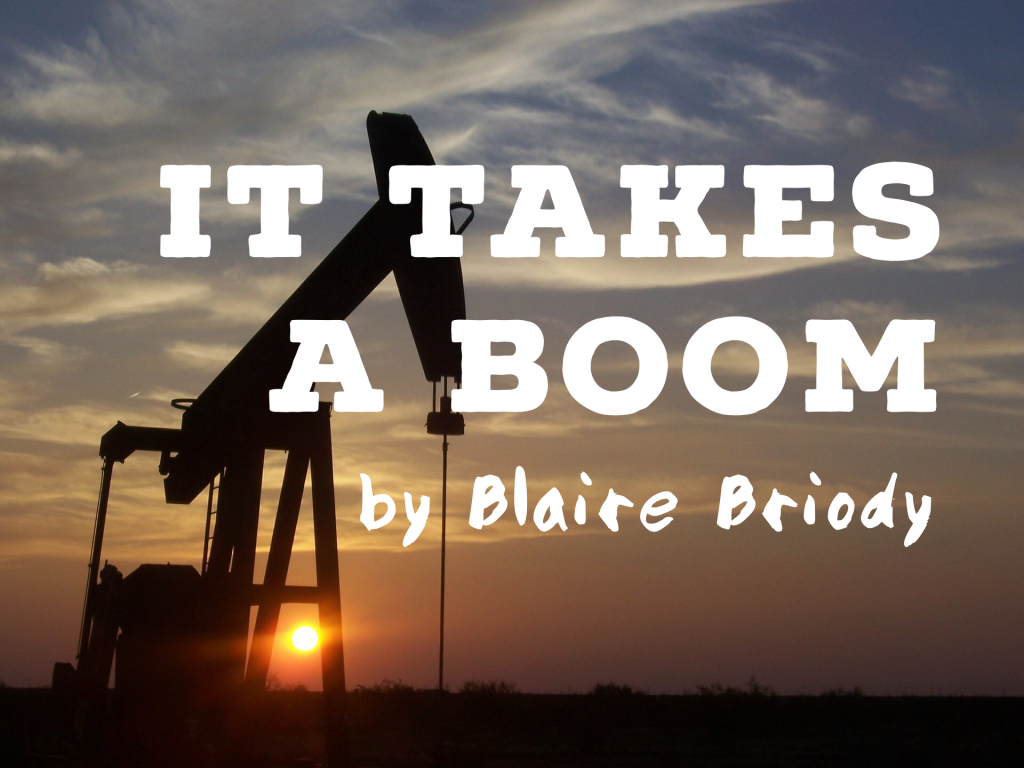 Carrie Kilman: Your essay, “It Takes a Boom,” is an excerpt of your book about fracking in North Dakota. Can you describe your process of choosing what to excerpt? Why did you choose this particular section?

Blaire Briody: A few reasons: (1) I wanted more people to know the story of Cindy Marchello, a female oil worker in North Dakota. Everything about her is compelling to me. Her personality, her mannerisms, her backstory, what happens to her in North Dakota. She was one of my favorite people to interview and write about. I also thought the first chapter about her was a strong stand-alone chapter and the first few paragraphs were similar to how I might start a magazine piece. It seemed like a natural excerpt.

CK: What inspired you to write your book?

BB: While I was working as a reporter at The Fiscal Times and covering the recession, I discovered that North Dakota had the lowest unemployment rate in the country and people were flocking there. It reminded me of The Gold Rush or the Dust Bowl – Americans coming to a new land for opportunity. With the backdrop of the recession, many Americans were becoming financial refugees and migrant laborers. When I learned this was all happening because of fracking for oil, I knew there was something big going on. I wanted to be on the ground experiencing what it was like instead of reading about it. In 2013 I decided to quit my job in NYC and embed myself in the region.

In addition, I grew up middle class – with parents who were elementary school teachers in a small town – and I’ve always been fascinated by the concept of a middle class and what it takes to enter or stay there. The recession sent shockwaves through so many middle class Americans, and the oil boom promised to bring back that prosperity.

CK: I loved Cindy Marchello, the main character in your excerpt. How prominently does she figure in the rest of the book? Have you stayed in touch? How is she doing now?

BB: Cindy is a main character in the book – early on I debated making the entire book about her, but there was so much happening in the area and so many other perspectives that I wanted to include. There’s the environmental aspect of fracking, the boomtown atmosphere, the homeless workers at Walmart’s parking lot, etc. I decided that she would be a main character, but not the only character in the book. Cindy and I grew close during the reporting process and we still stay in touch, though we don’t speak as often as we did while I was writing the book. She’s back in Utah, single, and owns a carwash. She recently returned to school to obtain a medical coding certificate to work in medical insurance. She’s not earning anywhere close to what she made in the oil field, but she remains upbeat and positive about her future.

CK: Can you describe your reporting process? How much time did you spend in North Dakota? Was the reporting and research a full-time pursuit, or were you working elsewhere at the same time?

BB: I lived in North Dakota over the summer of 2013, then made multiple trips back over the next two years. There were many logistical challenges of reporting out there – like where to live. I originally planned to stay in a cheap motel or apartment to research the book, but the area was so impacted, there were almost no rooms available and everything was expensive. I decided to live in a trailer park instead. My parents were generous enough to let me borrow their old camper and helped me pull it there. I also worried about my safety – crime rates had risen considerably during the boom, particularly crimes against women. I wasn’t sure how to gain access to oil workers and stay safe — meeting at their “man camp” at night didn’t seem like a good idea, and they were almost never available during daylight hours. But after I met Cindy Marchello, she became my guide to this world. She introduced me to the coworkers who she considered trustworthy. This made a huge difference.

After the summer, I had enough material to finish the book proposal and I sold it in March 2014. Research and reporting took an additional year, and it was another year to finish the first draft of the manuscript. The total time from idea to final draft has been 4+ years. This was mostly full-time work, but I took occasional breaks to write freelance articles.

CK: The state of fracking in North Dakota today is quite different than what’s described in your book. Can you give us a snapshot of what’s happening there now — and what lessons readers can draw from your book today?

BB: In late 2014, oil prices plummeted and most of the people I interviewed in the book left North Dakota, including Cindy Marchello. But activity has started to pick up again, and with Trump’s agenda to deregulate industry and promote fossil fuels, experts anticipate more growth in the coming years. We’ve also become a nation that uses fracking to extract oil. Today, 9 out of 10 oil and gas wells in the United States use fracking, and more than 15 million Americans live within a mile of a well that has been fracked. Instead of finding oil in foreign countries, our oil is now extracted and produced domestically. The books explores the consequences of this – both socially and environmentally.

My hope is that readers will have a better understanding of the blue collar workforce and the economic forces that drove them thousands of miles from their home to a remote place like North Dakota. Most of these workers hit rock bottom, lost their job and their home, and set out to achieve the American Dream through long hours of manual labor. Knowing their situation and their desperation is an important story for all of us to understand. North Dakota is considered “flyover” country by urban liberals and the state overwhelmingly voted for Trump. Liberals and conservatives feel more disconnected from each other than ever before. I hope hearing stories like Cindy Marchello’s will help us bridge this gap.

CK: You obviously reported and wrote the book well before the #MeToo movement started — but because of the workplace sexual harassment Cindy experiences, the excerpt feels very timely. Did your reporting for the book affect your perspective in any way regarding workplace harassment or sexual violence? Do you think the #MeToo movement is reaching into circles like the ones Cindy inhabits?

BB: Women everywhere are fed up with the status quo – especially in male-dominated industries like oil and gas. Women in these industries feel like they have little recourse to sexual harassment and gender discrimination except to quit or sue, and unfortunately it means these incidents are usually swept under the rug and everyone stays quiet about them. Cindy’s lawsuit made little waves when it happened, but because the #MeToo movement came shortly after it, I hope oil executives are finally starting to listen. Cindy is certainly aware of the movement and is grateful for the attention it’s bringing to workplace sexual harassment, but she doesn’t feel people like her are included in the movement. Part of that is generational, but the voices of the working class have been ignored or silenced for a long time now. When I asked Cindy about this topic, she referenced the TIME Magazine cover with Taylor Swift. She didn’t see anyone like herself on the cover. To her, it feels like celebrity-driven campaign to get your name and face on a magazine cover — not a movement where change will actually happen.

CK: Where can readers see more of your work? 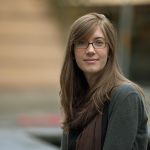 BLAIRE BRIODY is a freelance journalist who has written for The New York Times, Popular Science, Popular Mechanics, Fast Company, Glamour, among others. Her first book, The New Wild West, was the 2016 finalist for the Lukas Work-in-Progress Award from Columbia Journalism School and Harvard University, and she received the Richard J. Margolis Award for social justice journalism in 2014. She graduated from the UC–Davis with a degree in international relations and now resides in Sonoma County. ☆ Judge Ted Conover selected “It Takes a Boom” as winner of Proximity‘s 2017 Narrative Journalism Prize. 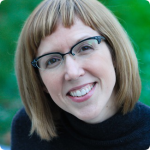