Before I fixate on the way time bends and whirls when you’re allowed to make your own schedule for a month, I’ll tell you about the gossip. From the point of view of a prudish monogamist, it seems like everyone at artist residencies is cheating on their significant others waiting back home. Sometimes the hook-ups succeed—a year after I awkwardly forced myself on a couple’s basement screening of Inside Llewyn Davis, the pair messily broke up with their partners to marry each other. Other times they fail miserably—at a residency in a castle, two of four residents had a tumultuous affair so public the energy of even the two not involved wasted away.  A couple might think they’re being discreet, but residents disperse and distort secrets with the speed and contagion of the head colds and stomach bugs that can also tear through these newly-formed, close-knit communities. Only after the latest gossip is discussed do residents move on to vocally worrying over the use (or misuse) of their time. The two are not unrelated.

Artist residencies, colonies, retreats—all are words for the same thing. Anywhere between one and 60 artists gather to make work for an extended period of time, sometimes a week and sometimes a few months, not unlike what I imagine summer camp to be like for kids—I’ve never had the privilege. I’ve completed eight residencies in six different locations in the past 10 years, each with its own atmosphere. Many feel monastic, secluded in the woods, studios far enough away from each other, let alone from the nearest town, that residents don’t have to try hard to convince themselves to focus and work. At others, though, the camp vibe buzzes as loudly as a brood of seventeen-year cicadas.  At one larger residency in New England, artists convene nightly to drink cheap beer around a campfire or to throw impromptu dance parties in the basement of a big red barn. Saturday night is karaoke night at the pub. It’s up to you to decide if you’ll spend your days trying to fix that tricky spot in your novel or exploring nature, swimming in the river during the summer or snowshoeing in the snowy months. Beware: someone is always up for avoiding their work, and indeed the relationships formed in those distracted times are often equally, if not more, important than the work that might or might have gotten done.

Along with being a prude, I also fall on the boring side of being industrious rather than footloose at residencies. I’m the geek in the craft hut dead set on making a record number of God’s Eyes. At the end of the residency, when some are worrying over how little they got done, I try to keep quiet about my daily word count and the progress I made on not one, but three projects, having obsessively moved on to a back-up rather than taking a break when I maxed out on a project for the day. I often leave with a least a small amount of regret that I didn’t take more time to be social.

If you skip the outdoor activities or the trips to the pub, though, all is not lost. Mealtimes are just as integral, if not more so, to growing that artistic camaraderie. At breakfast, people are planning their day. At lunch they’re firmly entrenched. At dinner, they’re processing their progress.  It can be easy to find a clique and stick with it, but I’ve found value in choosing not to sit with the same people at each meal. I like hearing what different individuals have been struggling with, especially artists of other disciplines. It’s almost always in hearing an artist talk about their work in the context of another medium that I solve a problem of my own. A sculptor talking about the way they determined a piece needed to be redone using an alternate material is just different enough from my own realization that I need to change the point of view of my story. A sound artist thinking about the way their work might be installed helps me realize the way I must measure out information to pace plot in a novel. It’s like the jock and the nerd realizing they’re not all that different when they get lost in the woods together. Lingering over an empty dinner plate can feel like stalling, but vital growth is happening in those moments of connection.

Something happens with time as the residency progresses. When you’re at home, a single free day feels luxurious and eternal. At a residency, two weeks remaining can feel like no time at all when two weeks have already passed.  A frantic urgency sets in. Residents get nervous and more protective of their time. Bonds secure themselves. Contact info is exchanged. An anticipatory sort of nostalgia forms even before you leave. You return home. Re-entry into your everyday life can seem violent and abrupt. Your loved ones don’t understand the freedom you’re stepping away from. An email dings, the first of many from a new pen pal who feels the same.

If you haven’t seen Proximity‘s latest issue, themed CAMP, begin with Brad Aaron Modlin’s Letter from the Editor and work your way through a complex collection of true stories. 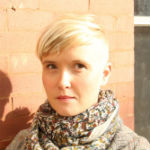 Jac Jemc is the author of The Grip of It, forthcoming from FSG Originals in August 2017. Her first novel, My Only Wife (Dzanc Books) was a finalist for the 2013 PEN/Robert W. Bingham Prize for Debut Fiction and winner of the Paula Anderson Book Award, and her collection of stories, A Different Bed Every Time (Dzanc Books) was named one of Amazon’s best story collections of 2014. She edits nonfiction for Hobart.