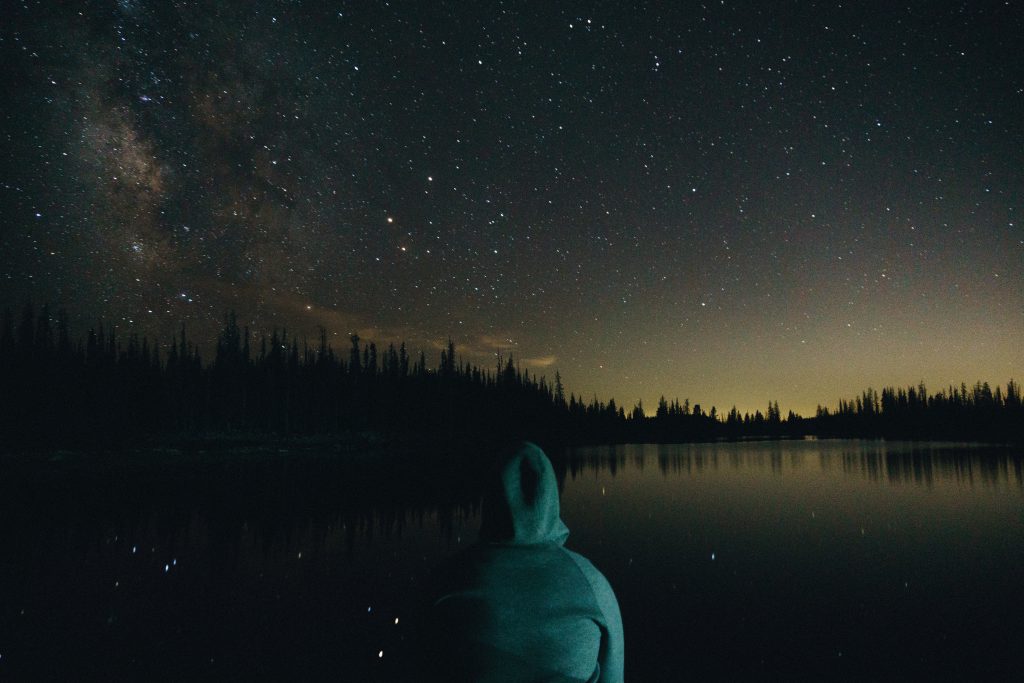 There’s an anime I watched as a child, and in the final scene a colossal asteroid plummets toward earth. Soldiers on both sides, inside their robotic suits, stop fighting each other in order to push against it, their rockets overheating from exertion, exploding. It’s hopeless. They know it. And yet…

“The stakes have to be, ‘I heard there’s a Grail, I’m going to find it even though it means I never do’…I have to believe there is something even though every time I’m finished I come up with nothing.” – Li-Young Lee

Whether as a person or as a poet, I want to be heroic, hopelessly sacrificial. Like those nameless characters, I could be purposeful as a firefly consumed by its namesake. Like Lee, I continue to search.

Lasciate ogni speranza, voi ch’entrate. I want to abandon all hope and still enter the gates.

Poetry is “something you give your life to, something you live by,” Lee says. We give ourselves to something greater, even if our impact is negligible, even if there is no hope as we burn against the falling sky.

Writing is a near-constant state of failure. We spend most of our time not writing. Even when we do our most life-altering work, the one we toil over, the one which makes the grand statement of our life and beliefs, it will be ignored by billions. Our words fork no lightning. As ungentle as we may be, still we go into that good night.

But I swear there are times I drank from the Grail. There are times I think someone else held the cup for me, someone who searched for years themselves. You probably experienced this as well. Didn’t you notice how the body and mind for once felt divine? Didn’t you at times feel celestial in the most mud-worthy way?

“I think we use language to inflect silence so we can hear it better…It disillusions us of our own small presence in order to reveal the presence of a deeper silence—this pregnant, primal, ancient, contemporary, and immanent silence…”

Despite our infinitesimal presence, within us, within the word infinitesimal itself, the presence of the infinite. We don’t receive eternity from the outward expression of publication, but from the inward exploration of our truest selves. Publication is the echo of a sound we already made. It is the sound and the silence that gives meaning. Playful as they are, echoes only diminish, never amplify.

“The poem in time is very important. It’s not something I’ve set down on a page, and it’s an object now, but it’s continuing to unfold in time.”

I tuck myself into every inch of the page. Unfold me into a sheet of a thousand creases. Imagine how many different ways those wrinkles can refold into a crane, a wolf, a father who cries and cries because his children are shatteringly beautiful. I have shoved myself against the rock and burned to ash. I am a majestic phoenix of failure. But if you unfold me at the right time, in the right way, perhaps we’ll find each other. Like the Childlike Empress, I’m waiting for you to call my name and save the world.

In the face of such exquisite expansiveness, there is nothing we can do.

All the soldiers dying, the mechanical suits burning, the asteroid headed to earth—I misremembered the final disaster. The truth was (after looking the film up) earth survived. By scientific enchantment and sheer will, by some collective psychic consciousness created by every person in space, the asteroid shifted. It missed earth.

Of course, truth is less dramatic than animation. Most of us wander in a fog-like peace. We debate whether to get sharp cheddar or mild. We look for the cheapest paper towels. But if I tilt my head just right, and I think I know what Lee means when he says, “Poetic presence is there all the time, even while doing the laundry.”

The universe displays its ecstasy in the flesh of the cantaloupe. I can’t help but respond with rapture. 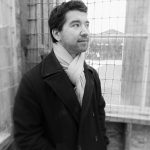 Michael Schmeltzer was born in Yokosuka, Japan, and eventually moved to the U.S. He is the author of Elegy/Elk River (Floating Bridge Press, 2015), winner of the Floating Bridge Press Chapbook Award, and Blood Song (Two Sylvias Press, 2016), which was longlisted for the Julie Suk Award. A debut nonfiction book, A Single Throat Opens, a lyric exploration of addiction written collaboratively with Meghan McClure, is forthcoming from Black Lawrence Press. @mschmeltzer01

5
Previous Post: « A little of us all in the object parade
Next Post: where do we start »