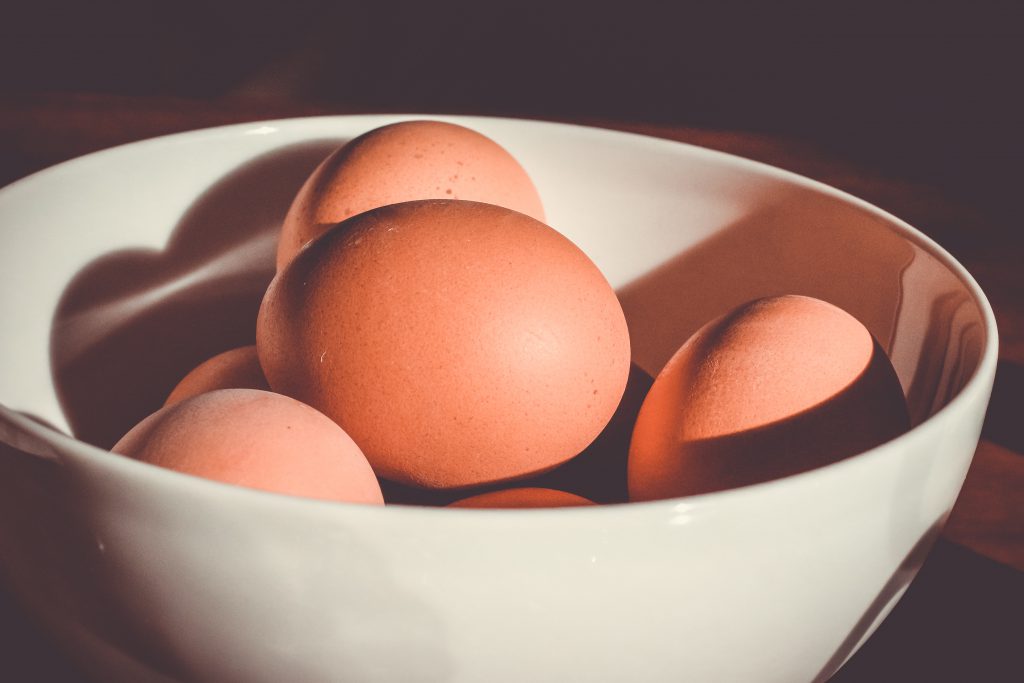 Object permanence is the understanding that objects continue to exist even when they cannot be observed (seen, heard, touched, smelled or sensed in any way). Babies, when they’re between four and seven months old, begin to understand the practice behind the theory. Peek-a-boo is a fun game for them. You, player, peeker, are simultaneously there and not there. You are always coming back. Or is it yourself you are surprising? You put your hands over your eyes. Is the baby still there? Maybe you’re shocked that this entity created from an egg the size of a pencil dot grew into the size of a human being. Cover your eyes. The baby is gone. Open your hands. There’s the baby. You are grateful he is still there. Sometimes, when he’s quiet like this, you worry. This whole baby, hatched from an egg that you yourself were born with. As you were just an egg your mother was born with. A whole inheritance of Matryoshka dolls. Peek-a-boo.

The problem with working on a book about eggs is that everything is an egg. I wanted to write about an object because of the kind of focus it would require. I tend to be a highly associative, metaphorically-inspired kind of writer, which is great fun but can lead to trains of thought that sometimes run off the rails. With an object, you can ride along associatively for awhile but when the train gains too much momentum, you can stop, look around, refocus on your subject. In Egg, I let myself associate, speculate, and metaphorize but in the white space, I take a breath and look at the egg in a new way. Like Wallace Stevens’ Thirteen Ways of Looking at a Blackbird, the egg doesn’t move any more than the bird. It’s the viewer that moves. The viewer becomes the object viewed.

I was of three minds,
Like a tree
In which there are three blackbirds.

I will see everything through the eye of an egg. Through art: as when Ferran Adria, famed chef from the restaurant El Bulli, said an egg in your hand is not art, but put it on a plate, and now it is.

I will see eggs from the point of view of the OB/GYN who wants to know how much Follicle Stimulating Hormone to shock into your body to make it produce more chickenly.

I can promote the egg like the historian during World War I, following a proposal by Frederick Carl from the magazine Poultry World to supply soldiers with 20,000 eggs per week. The 20,000 eggs per week grew to 200,000 per week. And, by Easter 2015, one million eggs were being collected for soldiers in hospitals.

Or from the perspective of hotel and restaurant management: to see how long you can keep a pan full of eggs warm but not rubbery over a can of Sterno.

From the biology standpoint, I can imagine the exact moment of a zygote split.

From physics: the tensile strength in eggshells.

From the English department, I remember Hermann Hesse who wrote, The bird fights its way out of the egg. The egg is the world. Whoever will be born must destroy a world. Or Zora Neale Hurston’s eggy words about time: The present was an egg laid by the past that had the future inside its shell. Or M. F.K. Fisher’s insight: Probably one of the most private things in the world is an egg until it is broken.

Oh privacy. Oh time. Oh world-crushing chicken. From the paleontologists who say, “Hey, look at this round egg. Imagine how long it had to wait to hatch. Oh. This one, had to wait seventy million years.” Peek a boo. There you are egg.

The best thing about objects is their permanence. Dan Savage, on a podcast called Twice Removed about his ancestry said, “We think objects are our ephemera but really, we are the ephemera to objects.” I feel lucky that an object found me worthy to keep around for a while. I’m glad that when I go, the egg, in all its forms, will still be here. 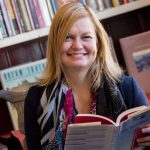 Nicole Walker is the author of three forthcoming books: Sustainability: A Love Story, Microcosm, and Canning Peaches for the Apocalypse. Her previous books include Egg, Micrograms, Quench Your Thirst with Salt, and This Noisy Egg. She also edited Bending Genre with Margot Singer. She’s nonfiction editor at Diagram and Associate Professor at Northern Arizona University in Flagstaff, Arizona where it rains like the Pacific Northwest, but only in July. @Nikwalkotter