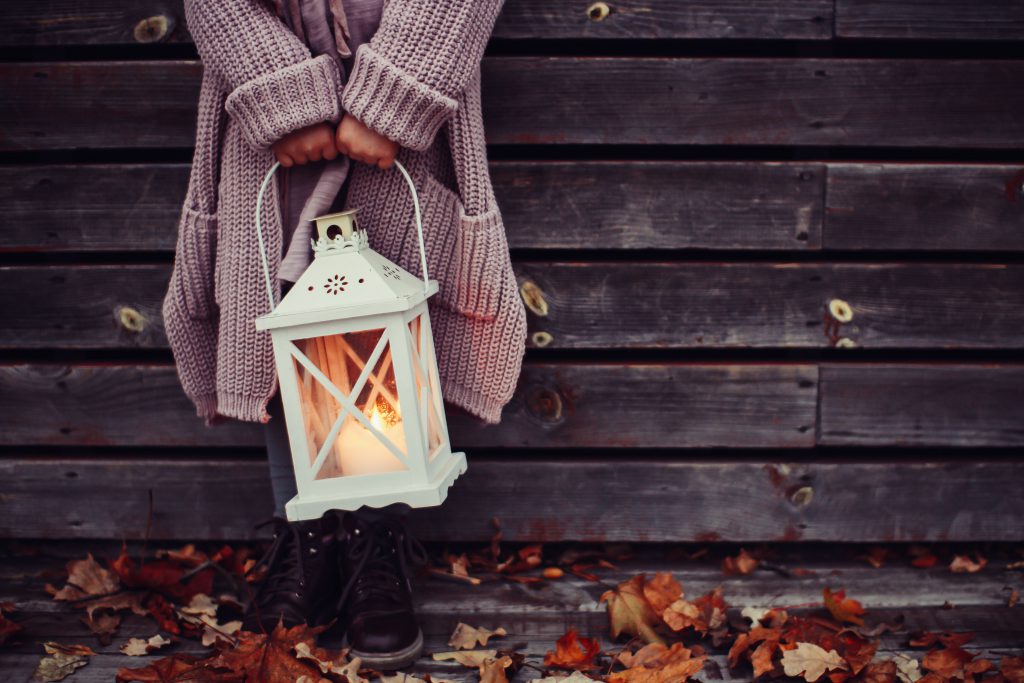 I had just walked into Worries of the Poet, Tools of the Essayist, a pre-conference session facilitated by essayist Randon Billings Noble and poet Marshall Warfield at HippoCamp 2017—Hippocampus Magazine’s annual conference for creative nonfiction writers—when I got a text from my sister that read, You should do this thing you can’t. It was one of those auspicious autocorrects to which one could easily ascribe meaning and I jotted it down in my notebook.

To grossly simplify the pre-conference session, Noble talked about the lyric essay, interspersing prompts and giving us time to get some ideas down on paper. Then Warfield spoke about the precision of words, meter, metaphor, em dashes, and white space.

There must be something about being in a room full of writers because I got more ideas down in those few hours than I had in weeks. Also: Intuition? Em dashes? White space? These were my people!

I first attended HippoCamp in 2016, just a few weeks before my fortieth birthday. I’d been going to writing retreats and conferences for a couple years, but it had been seventeen years since I graduated from college. The day after my birthday, I was scheduled to go back to school for my MFA, and HippoCamp seemed like a good way to gear up for the work ahead of me.

I have been a writer for my whole life. I joined a group called Young Authors when I was six and wrote my first “book” when I was ten—a story wherein the main character was led to believe her best friend died, but [spoiler alert] it turned out to be a dog. You can’t make this stuff up. Or well…I guess you can.

I wrote all through high school, became editor of the newspaper, worked for the lit mag, and when I graduated, I went on to get my degree in creative writing and literature with a focus on poetry. After I got my bachelor’s, I moved (a lot), changed jobs (often), and eventually got married and had children (just two, but still).

During that time, I wrote a smattering of poetry and prose—some of it for money even—but the bulk of my writing consisted of blog posts. Despite a fairly large audience, I insisted even in my writing that I wasn’t a real writer anymore, but I still held out hope that one day I would write seriously again.

I had bought into the [cough, cough…patriarchal] belief that blogging, especially blogging that included talk of motherhood, was frivolous, and somehow not real writing. It felt shamefully earnest and…unsexy. Even the word ‘blog’ embarrassed me.

By August of 2016, my blog had gone silent, and I only had fifty words published in a journal, the happy result of a pact I’d made with myself six months prior to my birthday that I would finally submit and ideally get something published before I turned forty. I was proud of those fifty words, but it would take more than that for me to stick to the other promise I’d made to myself: that I would finally—finally—start calling myself a writer (out loud).

And I was writing. Ann Patchett had inspired me at a talk of hers to establish a consistent writing schedule, and I had files of essays and notes for essays to show for it. I made myself a website with a Field of Dreams notion that if I built it they would come, and I was dedicatedly pecking into my phone and publishing what were in my mind “miniature memoirs” to social media. But I still felt like an imposter.

It wasn’t until I was at HippoCamp 2016, in the presence of people like me who care about words, commas, semicolons, and their associated playthings, that I felt, for the first time in a long time, like I could do it. By the end of that first weekend, maybe even on the first day, I felt validated. I finally had a response for that age-old question, So, what do you do?

I’m a writer, I practiced saying in my head.

I felt welcomed and accepted at HippoCamp. I was encouraged to contribute to the writing community—to write, submit, publish, and be a good literary citizen. It almost felt like it was my duty to call myself a writer because in so validating myself, I was validating others on a similar journey. (According to Allison K. Williams, social media is indeed a platform to hone your writing skills. Lo, I’d been a writer all along!)

Of course, calling yourself a writer is but one step towards becoming one. You also have to put in the work. You have to write, and if you want to publish, you have to submit—a huge undertaking in and of itself—and you have to be prepared for rejection.

I’ve come to recognize that rejections are proof that I’m trying. I’m happy to report I racked up a fair number of rejections and squeaked in three publications before I hit the big 4-0. Then a few more before I turned forty-one. The most recent was in Hippocampus Magazine—tra-la!—published in August just before HippoCamp 2017, earning me the right to wear a contributor ribbon at the conference.

HippoCamp 2016 gave me the courage to own the moniker ‘writer’ and I entered my MFA program that fall with a sense of confidence. It was at HippoCamp 2017 where I finally came to the conclusion that what would be best for my writing at this point would be to leave that same program. It turns out work, family, and, ironically, MFA programs, eat into my writing, submitting, (and publishing) schedule, so I hope that taking a leave from the program will allow me to write even more.

The decision comes with a certain amount of sadness and trepidation, but I can’t help but think back on that fortuitous autocorrect: You should do this thing you can’t. I’m learning how to autocorrect myself because sometimes the stories that most need rewriting are the ones we tell ourselves. 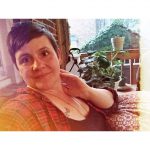 Tricia Theis currently makes her home in Baltimore, MD, where she spends her time reading, writing, communing with earthworms in the garden, and freelancing. She keeps house casually with her husband, children, and dogs. Tricia’s work can be found in the Beautiful Things Column in River Teeth Journal, Hippocampus Magazine, Storgy Magazine, and several other journals. You can follow her at triciatheis.com and on Twitter @tatr.

11
Blog Headline: You Should Do This Thing You Can't Blog Description: It almost felt like it was my duty to call myself a writer because in so validating myself, I was validating others on a similar journey. Published Date: December 28, 2017 Image URL: http://true.proximitymagazine.org/wp-content/uploads/2017/12/daiga-ellaby-154929-1-e1514136319379.jpg
Previous Post: « A Friend for Life
Next Post: An Interview with Bud Smith »