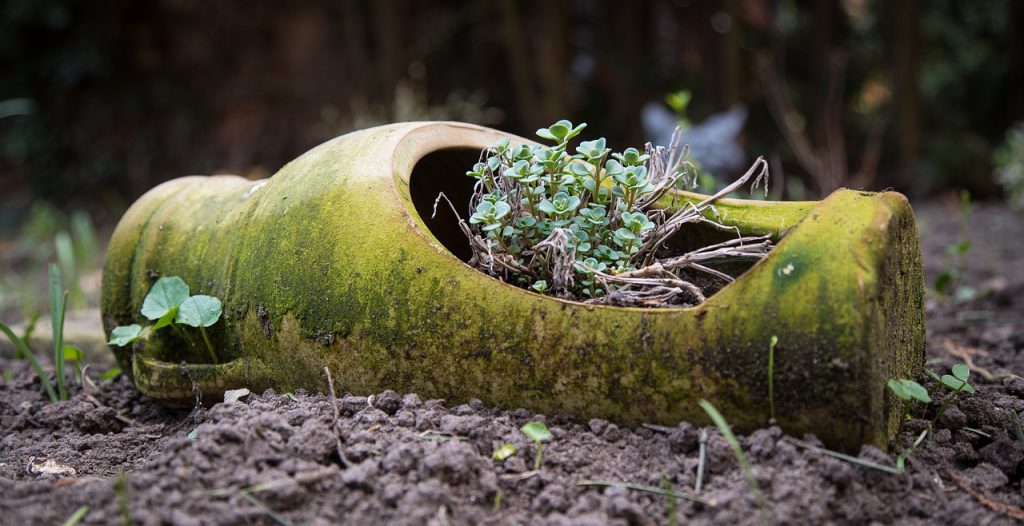 I’ve been going through my mother’s things. White, 13-gallon-size, plastic bags filled with clothes, shoes, purses, jewelry (only a few small inexpensive pieces, really), face creams, hand lotions, one still-wrapped bar of lavender soap that she used as decoration in her bathroom for years.

My father sent me home with her many belongings after we stood at the rim of dark, opened earth last summer and watched her light blue, fabric-covered casket lowered into the ground. The bags have been stuffed in my closet and under my bed and in the corners of my bedroom for months since then. Until, a few weeks ago when I suddenly decided it was time. Time to sift through the many pieces of my mother’s life. Objects that hold memory, sentimentally clinging to a hem or button or sleeve or piece of wire-wrapped stone dangling from one of the many necklaces she made. Objects that would simultaneously remind me of my mother’s vivacious personality and expressive love, while also reminding me of the complicated relationship and the immeasurable loss.

Dinah Lenney knows of the power of pieces. Author of and contributor to eight books (including a compelling meditation of her father’s murder published in 2007, Bigger Than Life: a Murder, a Memoir), Lenney ‘s most recent collection of essays is offered to us as The Object Parade.

With each piece—a scarf, a dog’s collar, guitars, two different pairs of earrings—she gives us an essay that gently winds us down into an inner world, filled with the deep introspection of a daughter, a wife, a mother, a friend. She contemplates a father-in-law, a beloved celebrity on a bus, a dinner party soured by the guest of honor, and her own sister’s complicated love for life. And, in her internal interrogations she finds a voice to say: I see this as she unravels and reknits a scarf. I hear this as she plunks the keys of a long-beloved piano. I know this, she says; I am in this too.

With each object, we see the many connections Lenney has with each person around her. And we catch a glimpse of her, too. In the polished sheen of a piano, the glittering light of a black chandelier, the warped image offered back from the convex shape of a stew pot filled with chicken, she is detailed and filled with texture. Her voice has a clear a cutting rhythm as it surges across the page. Lenney writes in long sentences that leave us breathless, followed by the casual abruptness of a comfy conversation on the couch.

“Making out for money. Except on the one hand there’s not enough money in the world,” she writes—of her love of acting, of her affection for her friends, of being both inside and outside an experience created for public performance. “On the other,” she continues, “I’d do it for nothing.”

Lenney offers us lists of objects, carefully curated, to give us a picture, a feeling, a knowing of a person. “Charlie of the smoke-cured laugh;” she writes about her Grandpa, “Charlie of the wet, wet kisses; Charlie tanned to leather, mottled and scarred from removals of various growths. Charlie on Weight Watchers, Charlie with a drink in his hand, Charlie, poolside, but only occasionally, watching me swim the whole length underwater.”

With this strong voice speaking from one essay to another—shifting hips on the couch cushions, adjusting her hands across her lap, maybe pausing to sip from a nearby glass of water—we get a sense of being told something; a sense of a present listening. And each object brings us closer to Lenney’s life, as well as our own.

Out of the many bags filled with objects, it was a flat, worn, metal hair clip that broke me. Finally. I could still see her long, dark hair pulled back in some simple style, to keep it from falling forward as she gardened out back, or while she leaned over her guitar, or to keep it from the hot stove while she cooked.

It’s funny how such a small thing can embody a body and express a soul.

A cheap, once gold-plated but now a kind of muted gray, metal barrette holds all the complicated years of mothering and attaching and being. How funny. How fascinating. How important.

Lenney explores “being” in such fundamental observations. She takes us to each object, each connection, and turns it over, weaves it in, unravels it, offers it up, takes it back, loses it, finds it again, repairs it. Lets it go. And, as we journey with her from piece to piece, we find meaning in the uniform of “all-jeans-all-clogs-all-the-time.” We find meaning (how could we not?) in letters to her father, who is no longer alive. “Dear Dad,” she writes to him, for us, “I’m over fifty. No need to make an announcement, you might say—but I thought you should know.”

As we read, we find meaning in the memories and conversations and complications of each relationship. “My mother—always in her thirties in my mind—is that when I began to contemplate the ways in which we were not the same? First saw myself as separate?” she wonders.

And, I know of this too. Now, at 36, I still remember the day—the moment—when I realized my mother and I were separate. It was her 32nd birthday. She leaned back on a kitchen counter, drinking a cup of tea in the stillness of a sunny California morning. I walked in, still in my pajamas, feeling every bit of my 6-year-old wisdom as I angled myself across the linoleum to nuzzle in the softness of her stomach. Before I could reach her, though, she spoke softly. “It’s my birthday today,” she said to me.

“No, it isn’t,” I replied matter-of-factly. I was proud that I had learned my months and knew that it was October, not December, when I would turn 7 and finally be allowed to ride my bike outside of the cul-de-sac.

I told her so.

“We don’t share a birthday,” she seemed to giggle just before she tipped the mug back for another drawn-out sip of tea. “We weren’t born on the same day. I’m 32 today,” she said, “I was born a long time before you.”

I looked at her, still a few feet away from me.

I considered her arms, bare below the elbow where her sleeves were bunched. I wrapped my hands around my own exposed forearms, crisscrossed in front of me, my cotton nightgown folding against my wrists

“I was suddenly taller than she and not so voluptuous; there were things, it turned out, I could do that she could not,” Lenney writes, and I lean in, eager to connect with my own knowing, “And yet. Aware as I imagined I was of our perimeters defined, around that time I began to wear my hair in a twist, to borrow her finery, to want and wait to become, in her eyes more than anyone’s, someone almost exactly like her.”

And unexpectedly, as I read the shapely prose, Lenney’s delicately arranged collection of objects speaks of more than her own life. She has somehow captured so much of mine. And, I suspect, I am not alone. There seems to be a little of us all tucked in the pages of The Object Parade. 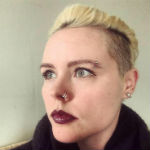 ELLEE ACHTEN is a writer and editor in Southeast Ohio. With a background in magazine journalism, she is a recent graduate of the Master of Arts program in creative writing at Ohio University. She is currently writing about the psychology of the body, as well as the way we make attachments in the world around us. Her book reviews and other creative work has appeared in Brevity, Alimentum Journal, Proximity, and others.